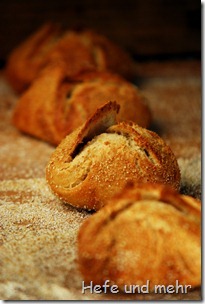 Knead all ingredients in the kitchen machine 5 min at slow speed and 5 min at high speed.

Ferment overnight at roomtemperature (about 10 hours).

The next morning roll the dough to 1cm and cut it into quadrats of 7.5cm x 7.5cm.Fold the corners of the quadrat  into the middle. Sprinkle with oat bran.

Proof 1 hour, in the meantime heat the backing stone in the oven to 200°C.

Bake for about 10 min at 20°C with steam. Then open the oven door shortly and then switch to convection mode. 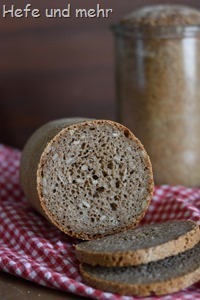 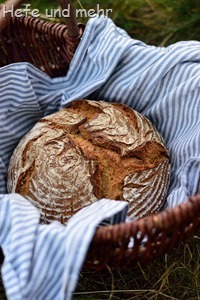