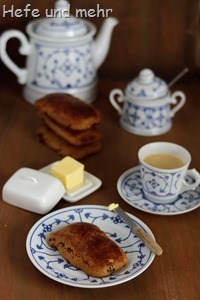 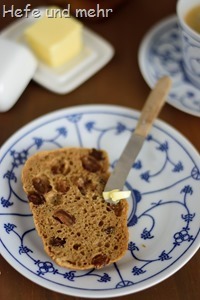 Mix the ingredients for the sourdough and let it rise by 25°C for about 12-14 hours.

For the short crust knead all ingredients until everything is well combined.

Now place sourdough, flour, milk, salt and spices in the kitchen machine and knead for about 6 min at slow speed. Add the short crust dough and the molasses and knead until well combined.

Flatten the dough to a thickness of about 2,5 cm. Cut into 10 squares.