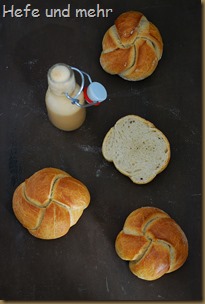 Because I could not estimate how active the yeast was I decided to prepare a preferment first and to let it rise in the fridge for 24 hours. During this time span the dough nearly tripled and so I mixed the dough the next night and let it ferment at room temperature until the next morning. Putting the rolls in the oven was then the most exiting part and I spent the first 10 min of the baking progress sitting in front of the oven and observing the great ovenspring.

And when I pull the rolls from the oven I was very happy with the result. They have soft crumb and crisp crust and their taste is niecly complex due to the long fermentation. The old method is still working greatly 🙂

For the preferment mix all ingredients and let it rise for 24 hours in the fridge.

The next evening knead all ingredients for the dough by hand for 8-10 min.

Ferment overnight at roomtemperature (about 10 –12 hours).

The next morning preheat the bread baking stone in the oven to 250°C.

In the meantime divide the dough into pieces of 80g each. Roll each piece to a strand with a length of 30 cm Make a knot of the strand, then put on free end in the middle and tuck the other under the roll. 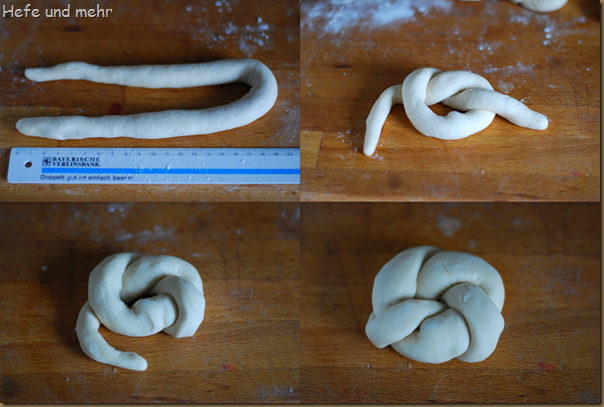